The U.S. Department of Justice has abandoned its appeal of a federal court ruling which clears the way for thousands of Navy veterans of the Vietnam War who may have been exposed to Agent Orange to become eligible for VA disability benefits. Now more than 90,000 “Blue Water” Navy veterans who served offshore during that conflict have been granted presumptive disability status.

Exposure to Agent Orange has been linked to a broad range of illnesses, including diabetes, various cancers, Parkinson’s Disease, peripheral neuropathy, and a type of heart disease. These are considered “presumptive diseases,” meaning that if one of these conditions is diagnosed in a veteran who was exposed to Agent Orange, the veteran can qualify for disability benefits without the burden of proving the condition was caused by military service. Previously compensation was only available to those sailors who actually set foot in Vietnam and those who were on boats in inland rivers—often referred to as the “Brown Water” Navy. 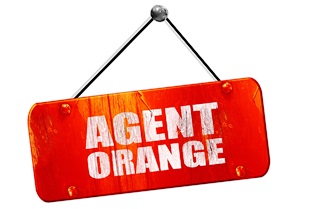 The battle for presumptive disability status for the sailors who were in the Blue Water Navy during the Vietnam War has been long and difficult. The veterans who served offshore during this conflict say they were exposed to the deadly brew of Agent Orange chemicals because their ships pumped in potentially contaminated water which was used for showers and laundry and even distilled for drinking. Under the Agent Orange Act of 1991, the Blue Water veterans were declared eligible for compensation, but the VA changed its ruling ten years later. Finally in January of this year, the U.S. Court of Appeals for the Federal Circuit sided with a Vietnam veteran with cancer who sued the Department of Veterans Affairs. He argued that the VA should recognize that his health conditions were caused by Agent Orange. In a 9 to 2 decision, the court agreed and ruled that the 1991 law was clearly meant to include veterans who served off the coast of Vietnam. In April the U.S. Supreme Court granted a 30-day delay on implementing the lower court decision because Department of Justice officials indicated they wished to appeal the decision. Now that the DOJ has dropped its appeal plans the way is clear for affected Navy veterans to pursue their Agent Orange disability claims. (For a video on the history of Agent Orange click here.)

The Military Times reports that “Congressional Budget Office officials had estimated that awarding the benefits to the blue water veterans could total about $1.1 billion over 10 years, but VA officials in the past have estimated the total could rise to more than $5.5 billion.”

If you are one of the more than 90,000 Navy veterans who served offshore during the Vietnam War and if you are dealing with a one or more of the debilitating conditions believed to be caused by Agent Orange exposure, contact us at Cuddigan Law for a free evaluation of your situation. We can take the burden of applying for benefits off of your hands and deal with the VA on your behalf and you don’t pay us anything until your benefits have been won.