I believe I’m suffering from fibromyalgia. What should I know about this condition, and can I get disability benefits?

Formerly known as fibrositis, fibromyalgia (FM) is a chronic condition that affects about five percent of the U.S. population. However, because the symptoms of FM vary by individual, it’s a difficult condition to diagnose. The statistics for people suffering from FM are often estimates rather than exact numbers.

While FM is a condition that affects many people, studies show that veterans of the Gulf War are more frequently diagnosed with FM than civilians or non-Gulf War veterans. Additionally, FM is more common in women and characterized by widespread pain 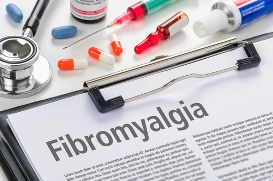 in the body’s ligaments and muscles. Very often, people who suffer from FM have had the condition for years before their doctor makes the diagnosis.

According to the American College of Rheumatology, FM is the second most common medical condition that affects the musculoskeletal system (after osteoarthritis). Those with FM not only experience muscle tenderness and pain, they often have “trigger points” that are painful to the touch or with pressure. These trigger points are usually found on the shoulders, neck, arms, hips, and back. Interestingly, those suffering from FM find these trigger spots especially sensitive, but other similar spots on their body are not sensitive. Additionally, people who suffer from other chronic pain conditions such as arthritis don’t find that pressure on those trigger spots is painful.

If you suffer from FM, you may be eligible for Social Security Disability benefits or benefits from the United States Department of Veterans Affairs (VA). To navigate the appeal process to receive benefits for FM, you may want a legal expert to help with your claim.

The Causes of Fibromyalgia

There is no known cause of FM; however, most researchers believe FM is a result of a combination of many types of stressors—not just caused by a single event. Additionally, there are some known factors believed to contribute to or be associated with the development of this condition. Here is a brief look at some factors connected with FM:

Researchers do seem to agree that in those who suffer from FM, the brain and spinal cord seem to process pain sensations abnormally. The threshold for pain may be lower, and pain is felt more intensely because the abnormalities in the central nervous system amplify the pain.

FM isn’t a new disease, but only recently have researchers and doctors understood and accepted it. In the past, FM wasn’t always considered a real condition, and some believed it was “all in the head.” However, a 1981 scientific study confirmed FM symptoms and the associated trigger points. Since that time, more testing has been performed on the pain reactions in people with FM.

If you’re a civilian or a veteran and suffer from fibromyalgia and are unable to work, you may be eligible for Social Security or VA disability benefits. Or if you’ve applied and were denied benefits, call Cuddigan Law at (402) 933-5405. We’ll schedule an appointment to discuss your eligibility for compensation.