What Are the Causes of Multiple Sclerosis and How is it Treated? 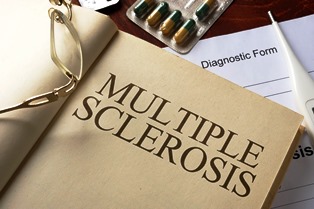 Multiple sclerosis (MS) is considered an unpredictable and debilitating disease that affects the central nervous system. The body's own immune system attacks the myelin coating that protects the nerve fibers and interrupts the communication between the brain and the rest of the body. But, what are the causes of multiple sclerosis and how is it treated? Keep reading to find out.

The Social Security Administration (SSA) recognizes the severity of MS and lists it in the Neurological section of its Blue Book. But even though this disease is included in the listing of impairments, getting a disability claim approved for MS isn't always easy. That's why it's helpful to hire a Social Security Disability lawyer to step you through the claims process and advocate on your behalf.

What Are the Causes of Multiple Sclerosis?

The exact causes of multiple sclerosis are unknown. However, researchers believe there are four main factors that may influence the development of MS:

Types and Symptoms of MS

MS is considered a progressive disease. The symptoms of MS worsen over time and become increasingly disabling. Ultimately, a patient will suffer the loss of many body functions even if they have few symptoms. Each person experiences the symptoms of MS differently, and while some people face ongoing functional deterioration, others live for long periods of time without serious symptoms. The following highlights some of the different types of MS:

Patients who suffer from MS cope with a variety of symptoms that can be both challenging and disabling. These symptoms, which can impact many parts of the body, include:

In 2013, another disease-modifying drug was approved for those suffering from MS. Designed for those with RRMS, Dimethyl fumarate (Tecfidera) helps stop the body's immune system from attacking itself and destroying the myelin coating on the nerve fibers. Additionally, because myelin destruction impacts the communication between the nerves, a body's ability to move is often affected. Studies found that the drug Dalfampridine (Ampyra) increased walking speed in people with MS.

If you've been diagnosed with MS and the SSA determines that your condition severely limits your physical and mental ability to do routine, typical activities and prevents you from holding a job, it may grant disability benefits. Cuddigan Law handles Social Security Disability claims for clients who need assistance with their applications or the appeals process if their claim was denied. Contact Cuddigan Law to speak with an intake specialist for free about your situation.