What causes epilepsy, and how is it treated? 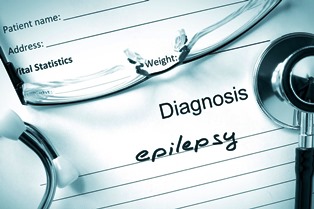 Epilepsy is considered a neurological disorder that creates a disruption in the brain’s nerve cell activity. This condition has been described as the “occurrence of sporadic electrical storms in the brain.” These storms are more commonly known as seizures.

When your doctor diagnoses epilepsy, he or she may use one of the following terms to describe your condition:

You may be eligible for Social Security (SS) disability benefits if your epilepsy is disabling and makes it impossible for you to work. Because epilepsy can be controlled with medication, you’ll need to prove that you’ve taken anticonvulsant medications as prescribed for at least three months, but your condition continues to interfere with your daily activities. To get help with a disability claim, you may want to hire a SS disability lawyer who understands the complex nature of the application process.

In about 50 percent of people who suffer from epilepsy, there isn't an identifiable cause. In others, however, various factors may contribute to the condition, including:

How Is Epilepsy Treated?

Most epileptic seizures are controlled with anticonvulsant medications. A doctor prescribes treatment based on a number of factors, including the patient’s age, general health, medical history, and the frequency and severity of the seizures. Because there are different types of epilepsy, it’s important for a doctor to make an accurate diagnosis in order to choose the appropriate treatment.

There are many available drugs that doctors can use to treat epilepsy. However, many doctors are reluctant to use a generic drug for this condition. Most prefer to prescribe brand-name anti-convulsants, but the high cost of these drugs may not always be covered by insurance. As a consequence, patients must sometimes start with a generic anticonvulsant medication, but if their seizures aren't adequately controlled, they often have to switch to a brand-name drug.

For patients who suffer from partial seizures, first-line medications often include:

What Are the Side Effects of These Drugs?

Seizure medications work in the body’s central nervous system, so most of these drugs cause epileptic patients to feel dizzy or drowsy, especially when they first start taking them. Additionally, many anticonvulsant medications can bring on or worsen depression and cause patients to have suicidal thoughts or actions.

Here's a short list of other potential side effects that patients can experience depending on the type of drug they’re taking:

If you’re an adult suffering from epilepsy and you're unable to work, you may qualify for SS benefits. To get help with the financial support you need, contact the attorneys at Cuddigan Law. We handle SS disability claims for clients who need help with their applications or the appeals process if their claim was denied. Call us at (402) 933-5405 or fill out our online form today.