Epilepsy: Answering the Many Questions About Seizure Disorder 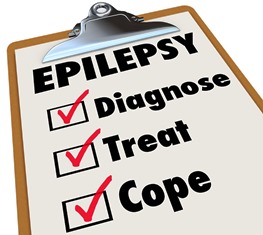 Epilepsy, also known as seizure disorder, is a condition of the central nervous system. Disruptions in the brain’s nerve cell activity cause seizures often characterized by unusual behavior and sometimes unconsciousness. There are many misconceptions and myths about epilepsy that create confusion and cause people who suffer from it to have many questions.

As with any disorder, people who suffer a medical condition such as epilepsy have an abundance of information about their disorder available to them through the internet. However, some of that information is inaccurate, and some myths have prevailed over time that provide false data about the nature of this condition and the fears that surround it.

Here are some clarifying answers to frequently asked questions about epilepsy:

If your epilepsy makes it impossible for you to sustain gainful employment and you need disability benefits from the Social Security Administration, the attorneys at Cuddigan Law can help. We offer skilled legal advice and guidance to step you through the application process to help you get the benefits you need and deserve. If your claim is denied, we can help you file an appeal. Call us today at (402) 933-5405 to schedule an evaluation to discuss your specific situation.