When is it a Good Idea to File an Insurance Claim (And When is it Not)? 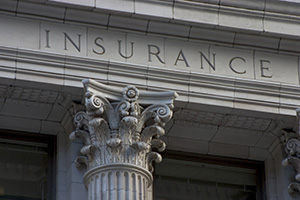 To steal a line from Shakespeare: “To file or not to file. That is the question.” At first blush it may seem like a silly question. Across the U.S. the average yearly cost of homeowner’s insurance is more than $1,700 and for car insurance we shell out an average of a little more than $1,600 a year according to nerdwallet.com, so why not use it? There are many situations where filing a claim is a poor choice and other situations where not filing is an equally bad decision. We’ll try to sort this out for you.

When the damage is slight—don’t file

With any insurance claim, even when it is for minor damage to your home or car, you run the risk that your insurer will jack up your premiums. In a worst case scenario, you insurance company might even refuse to renew your insurance. This is especially true if your insurer believes that you were negligent or the damage is likely reoccur. Former insurance agent Bill Wilson, CEO of InsuranceCommentary.com points out, “The easiest way to get your policy non-renewed is to report a couple of water damage claims from plumbing leaks.” Some insurance carriers may not even be willing to offer you coverage if you have been dropped.

If the repair costs to your home or car are barely above your deductible you should probably avoid filing a claim. Your insurer won’t cover much of the claim and you risk a premium increase or a non-renewal.

“If you’re in a car accident and you, the other driver or a passenger in either car gets hurt, that’s an automatic reason to file a claim,” advises financial expert and radio host Dave Ramsey. This advice also holds true is someone is injured in a covered incident in your home.

If an incident is not covered by your insurance, don’t ask for trouble by filing a claim that you are fairly certain will be denied. Some people take a chance with a filing (the insurance equivalent of throwing a Hail Mary pass) believing they have nothing to lose and hoping that the insurance company will pay. This is a dubious strategy. Even claims that are denied are reported to the Comprehensive Loss Underwriting Exchange (CLUE) national database. A CLUE report generally contains up to seven years of your auto and property claims history and can be requested by any insurance company. (If you’ve never heard of CLUE before, you’re not alone. According to a survey by insurancequotes.com only one percent of people were familiar with CLUE reports.)

Before you file a claim study your policy and perhaps get the advice an insurance expert. But don’t ask your agent. The Washington Post reports “that just asking an insurance agent about a potential claim can also affect rates—even if the claim is never filed.” “If you believe you have a [significant] insurance claim, it is always better to contact a lawyer before you speak with any insurance representative,” says Allen Patatanyan, co-founder of West Coast Trial Lawyers in Los Angeles. “Consulting with a lawyer for a potential insurance claim should be free, so there is no downside in receiving some sound legal advice before you move forward.”

The damage is from normal wear and tear—don’t file

Your insurer has the right to deny your claim based on negligence under “failure to maintain” exclusions written into most homeowner insurance policies. “For example,” bankrate.com says, “if you have a seriously damaged and leaking roof that resulted from your failure to replace shingles that led to the bigger problem, your carrier will likely deny your claim.”

When you’re not sure who is at fault in an accident—file.

Let’s say you and another car collide at a four-way stop, but it is unclear who is at fault. Let’s also say the damage is minor so you may be tempted just to settle with the other driver, but this is a risky decision. “[Y]ou don’t really know whom you’re dealing with,” nerdwallet.com points out. “What if you pay for repairs, and months later he comes back demanding more? Your liability insurance is there to protect you from lawsuits, and your insurance company is experienced with handling parties involved in an accident, no matter how angry they are.”

If in a moment of inattention you back into a concrete barrier in parking lot, for example, it may make good financial sense to just pay the cost of repairs out of your pocket (or live with a dent.)