The Americans with Disabilities Act Turns 30 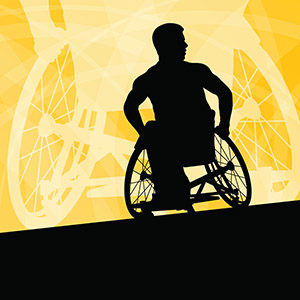 It was a sunshiny day in Washington D.C. on July 26, 1990 when then President George H. W. Bush signed into law the Americans with Disabilities Act in a White House Rose Garden ceremony. As the Smithsonian Magazine noted: “That day, the United States became the first country to pass comprehensive protections for the basic civil rights of people with disabilities, outlawing discrimination against individuals with disabilities in schools, employment, transportation, and other key parts of public life. The ADA would also remake the physical environment of the country by mandating accessibility in public spaces—entry ramps, Braille on signs, automatic doors, curb cuts and lifts on city buses and other measures that make it easier for the more than 61 million Americans living with disabilities to participate fully in society.”

At the bill-signing ceremony for this watershed legislation, President Bush hailed the ADA as “the end to the unjustified segregation and exclusion of persons with disabilities from the mainstream of American life.” Yet, three decades later significant barriers still exist for Americans with disabilities.

Employment Gap. The ADA prohibits discrimination against people with disabilities in employment, education, transportation and any place that is open to the general public. The law put disability on an equal footing with race, color, sex and other classes that are protected from discrimination. Still, fewer than 20% of adults with disabilities were employed in 2019, compared with 66% of those without a disability. Even after adjusting for age (people with disabilities are more likely to be older) there is still an employment gap. The ADA requires employers to provide “reasonable accommodations” to employees with disabilities provided those accommodations don’t create “undue hardship.” But the harsh reality is that during times of high unemployment when the pool of job seekers is large, employers are less inclined to make accommodations for disabled job applicants. This is a particular concern during these times when the COVID-19 pandemic has put the brakes on the economy and unemployment is at its highest level since the Great Depression.

Stereotypes Persist. “There are a vast amount of stereotypes that keep companies from hiring,” April Allen, program director at My Possibilities, a nonprofit organization in Plano, Texas, which serves adults with intellectual and developmental disabilities, told baptistnews.com. Businesses “think that the accommodations [for disabled employees] will be too expensive — but they’re really an average of about $500.” Additionally, Allen said, “many employers have preconceived notions that disabled people can’t learn or won’t be able to do the job well or at all. But the reality is far different. It has been proved that for the adults we place in jobs the turnover is so low,” she said. “They are so enthusiastic about having a job. They’re loyal and they stay there. For many, it’s their first paycheck.” As a society we still have work to do to break down the biases that lead to discrimination.

Transportation and Technology Inequalities. Without a doubt the Americans with Disabilities Act has improved how disabled people can get around.  Better sidewalks, crosswalks that make noise and flash, kneeling buses, more ramps and elevators all have advanced the mobility of disabled Americans. However, more needs to be done. For example, air travel is not covered by the ADA and, according to advocates for the disabled, over the past three decades it has become worse for disabled people. This is “particularly [true] when it comes to getting motorized wheelchairs in and out of cargo pits”, says Judy Huemann, a disability rights activist. “Technology companies, too, often lag behind in providing accessibility measures for users with disabilities—contributing to what’s known as the ‘digital divide,’” she says.

Part of the reason why many of the hoped for outcomes of the ADA have not come to pass is because enforcement of the ADA, in many cases, hinges on an individual or group successfully suing for compliance. The mechanism for actually implementing the ADA, in many respects, is the process of somebody with a disability filing a complaint about the lack of accessibility,” explains Beth Ziebarth, who directs Access Smithsonian, the branch of the Smithsonian Institution that works to make its museums, zoo and research centers accessible to all. “That leads to spotty compliance across the country.”