No Rebates for Medicare Part B 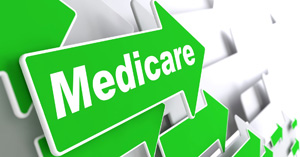 If you are a Medicare recipient, you will not be receiving a Part B premium rebate, after all. Earlier this year Medicare advocates called for rebates after Medicare realized substantial savings on a controversial new Alzheimer’s drug called Aduhelm.

When government officials were calculating 2022 Medicare costs they expected to have massive costs for the drug, but most of those costs never materialized because the drug’s manufacturer cut the initial price for Aduhelm nearly in half and the Centers for Medicare and Medicaid Services (CMS) limited approvals for the drug to a small set of users in clinical trials.

The basic Part B premium hike in 2022 was $21.60 per month, the largest in Medicare history. After finding out the program would not spend as much as anticipated, U.S. Health and Human

Services Director Xavier Becerra directed CMS to reconsider the premium increase. CMS has decided not to give a rebate to Part B plan members. but instead to roll the savings into 2023 which may result in lower Part B rates next year.