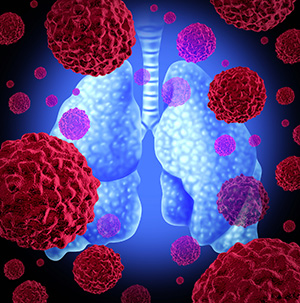 In a victory for veterans who were exposed to burn pit smoke in Iraq, Afghanistan, and other overseas locations, the Department of Veterans Affairs has added nine respiratory cancers to the list of presumptive conditions.

The Nine Respiratory Cancers That Have Been Added:

What This Means for Veterans

This means that if you are veteran who served during the Gulf War have been diagnosed with one of these types of cancer, you don’t need the usual amount of evidence to file a disability claim and can more easily secure VA disability compensation. Generally when veterans apply for disability benefits they must prove that their time in service either caused or aggravated their adverse medical conditions. (In legal terms this is known as a nexus.) But when VA grants presumptive status for an illness that skips the need for proof of a nexus making the path to getting disability payouts easier.

VA disability attorneys and veteran advocates have been lobbying for more medical conditions to be added to the presumptive condition list for several years. These changes are the result of promises made by administration officials to improve the benefits process for Gulf War era veterans.

The History of Burn Pits

During the Gulf War era thousands of American service men and women were deployed in southwest Asia. Many of the U.S. military bases in these countries were huge, sprawling complexes with restaurants, movie theaters, swimming pools, and much more. What these huge bases had in common was that they generated a lot of garbage including tires, batteries, and medical waste that had to be disposed of in some way. The solution from the military command and civilian contractors was to dump all of this waste into vast open air pits—some as large as 20 acres, douse it with jet fuel, and light it on fire.

These fires created clouds of smoke and foul odors that continually hung over the tents, trailers, and buildings where our soldiers worked, ate, and slept. These appalling conditions were made worse by desert heat.

Thousands of troops came home with respiratory illnesses and respiratory cancers caused by the burn pits. For most the impact on their health was moderate, but many complained about coughing up “black gunk”. Others suffered from serve lung diseases and cancers. (For more on burn pits watch this video: What Are Burn Pits? And How Did They Affect Our Military Service Members?)

The VA has been slow to acknowledge a definitive link between burn pits and any medical condition—despite the evidence. (See Our Blog Article “Why Are So Many Gulf War Veterans Being Denied Disability Benefits.”)

VA Disability Attorneys in Your Corner

If you are facing an adverse medical condition like one of the nine respiratory cancers and it is related to your time in uniform, you deserve the disability compensation you have earned. And, if your case has been denied, don’t give up hope. Instead contact our VA disability attorneys at 402.933.5405 for a free evaluation of your case. At Cuddigan Law you have team of professionals in your corner who know the system and will fight for your rights.