During the Vietnam War, the U.S. military used its C-123 aircraft to spray 18 million gallons of tactical defoliants over Vietnam. The goal of this operation, known as “Operation Ranch Hand (ORH),” was to destroy the jungle and dense foliage used by the Viet Cong for cover.

One of these defoliants, known as Agent Orange, contained the highly toxic chemical TCDD. 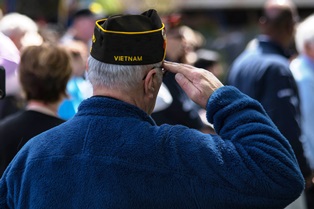 After the ORH initiative, these C-123 planes returned to America—many of them distributed to Air Force (AF) reserve units.

In the following years, many AF Reservists worked on and maintained these planes and came in contact with the interior surfaces, exposing them to chemical residue left by Agent Orange.

After the United States Department of Veterans Affairs (VA) listened to ongoing complaints of health concerns by AF Reservists, the agency asked the Health and Medicine Division (HMD) of the National Academy of Sciences, Engineering, and Medicine to study types of exposures experienced by Reservists who worked on and crewed C-123 planes, and any negative health effects they may have suffered.

Key Findings of the HMD Report

After reviewing sources of available information about AF Reservists’ exposure to Agent Orange, the HMD committee cited key findings, including:

If you worked on or maintained a C-123 plane as a Reservist and believe your medical condition is linked to Agent Orange exposure, contact Cuddigan Law. You may be eligible for VA benefits, and we can help determine if the work you did on this plane qualifies for disability.

Call Cuddigan Law to get help with your VA disability appeal today. Let our experienced lawyers go to work for you. Contact us to speak with an intake specialist for free.