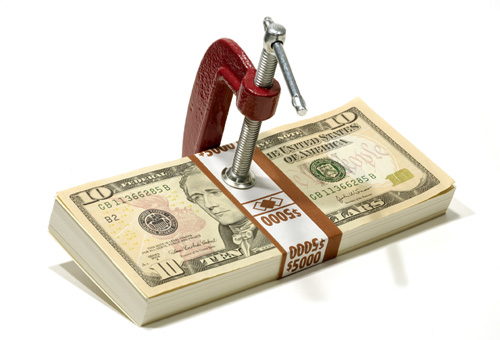 Some experts say that politicians—unable to kill Social Security outright—are trying a backdoor approach by starving the Social Security Administration’s budget. Michael Hitzlik, a journalist for the Los Angeles Times, recently reported that, “in the latest versions of the agency’s budget under consideration in Washington, the House is planning to keep the budget at the same inadequate funding level as the current year. The ever more ambitious Senate is trying to cut it by $400 million, or nearly 4%.”

The impact will be significant, says Kathleen Romig, a senior policy analyst at the Center on Budget and Policy Priorities. “The full House and the Senate Appropriations Committee have passed woefully inadequate funding plans for operating the Social Security Administration (SSA), which would substantially weaken customer service, hurting seniors and people with disabilities and hampering SSA’s ability to pay benefits promptly and accurately. Years of SSA cuts have already taken their toll, generating long waits on the phone and in field offices and record-high disability backlogs.”

One outcome of an ever-tightening budget has been noticeable cutbacks in customer service by the SSA. For example, a 1989 law mandated that the SSA provide annual statements to American workers of their earnings record and  their projected benefits . The SSA says it doesn’t have the money to mail out annual statements as it used to do and instead workers have to go online to check their records, but as the LA Times says, “that’s a lousy substitute as long as millions of workers and retirees have only spotty access to the internet or lack the ability to navigate the web.”

Another example of deteriorating customer service at the SSA is its toll-free telephone service. This service—to take benefits claims, arrange appointments and answer questions—fielded an estimated 35 million calls this year. The Center on Budget and Policy Priorities noted that “as of December 2016, SSA’s teleservice centers have 400 fewer agents than they need to handle current call volume.

Due to these staff shortages, most callers to SSA’s national 800 number don’t get their questions resolved. Nearly half of callers hang up before connecting. Another 12 percent of callers get busy signals—compared to 5 percent in 2010. For those who do get through, the average wait time to talk to an agent is over 16 minutes—compared to 3 minutes in 2010.”

The Times goes on to report, “there’s no rational reason for Congress to impose these cuts. That’s because Social Security’s core administrative budget comes not from the general federal budget, but mostly from the payroll contributions made by workers and their employers — and the spending is very efficient, coming to less than 1% of total benefits. Nevertheless, Congress by law still holds the purse strings, and has been drawing them tighter over time. That’s happened even as the agency’s caseload has greatly expanded since 2010 by about 14%, to 63.3 million retirees, disabled persons and their families.”