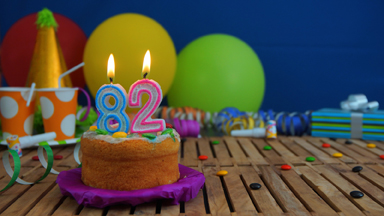 In July of this year (as it is required to do every year) Social Security’s board of trustees released its annual report on the long-term financial health of the system. Both Social Security boosters and bashers found parts of the report to bolster their particular points-of-view.

The outlook for the Old-Age and Survivors Insurance (OASI) trust fund has gotten worse. The 2017 trustees report projects that the reserves for OASI trust fund will be completely depleted by 2034—just 17 years from now. CBS’ Money Watch says, “The reason is demographics: a rapidly growing number of baby boomer retirees, increases in life expectancy, and lower birth rates. When Social Security was first established in 1935, a retiree aged 65 would live to age 77 on average. Today, that 65-year-old will live to at least 85. In 1950, 16 workers paid Social Security taxes for every person collecting benefits. Today, that ratio has shrunk to 3.3 to one, and by 2034, it’s projected to be as little as two to one.”

Unless Congress acts to shore up Social Security and if the projections hold true the taxes workers and employers pay would be enough to cover only about 75 percent of scheduled benefits. In other words retirees would be facing a 25 percent cut in benefits.

The Disability Insurance (DI) Trust Fund is projected to be emptied out even sooner—by 2028. Even though this is six years sooner than the depletion of the OASI fund, there is some good news here. Some projections in previous years had the DI Trust Fund running out of money even sooner. The somewhat improved projections are again due to demographics. As the “boomers” age out of their years of eligibility for SSDI the number of Americans collecting disability benefits has declined, as we reported in our June newsletter.  However, if Congress fails to fix the DI Trust Fund, continuing income to the fund would be sufficient to pay only 93 percent of DI scheduled benefits.

In the 2017 report the trustees recommended that “lawmakers address the projected trust fund shortfalls in a timely way in order to phase in necessary changes gradually and give workers and beneficiaries time to adjust to them. Implementing changes sooner rather than later would allow more generations to share in the needed revenue increases or reductions in scheduled benefits and could preserve more trust fund reserves to help finance future benefits. Social Security will play a critical role in the lives of 62 million beneficiaries and 173 million covered workers and their families in 2017. With informed discussion, creative thinking, and timely legislative action, Social Security can continue to protect future generations.”