Know These 7 Facts About Fibromyalgia 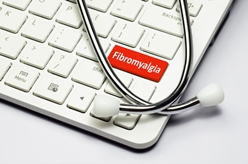 College of Rheumatology. Characterized by widespread body pain, muscle tenderness, and sensitive ‘trigger points,” fibromyalgia is a difficult condition to diagnose because the symptoms often mimic those of other illnesses.

Fibromyalgia affects many people, and studies show that veterans of the Gulf War are more frequently diagnosed with fibromyalgia than civilians or non-Gulf War veterans. Often, people have fibromyalgia for many years before a doctor diagnoses it.

If you suffer from fibromyalgia, you may be eligible for Social Security Disability benefits or benefits from the United States Department of Veterans Affairs (VA), but getting these benefits can sometimes be challenging. To file your claim, you may want to consider the help of an experienced and skilled legal expert.

There is no known cause of fibromyalgia, but researchers believe there are many factors that might contribute to the condition, including genetics, repetitive injuries, infections, and experiencing a stressful event. Here is a look at 7 important facts about this challenging condition:

The attorneys at Cuddigan Law help both veterans and civilians obtain disability benefits for conditions like fibromyalgia, and they can help determine if you’re eligible for compensation. If you need help applying for Social Security Disability benefits or VA benefits, or you’ve applied and were denied benefits, call Cuddigan Law at 402-933-5405 for a free evaluation of your case.